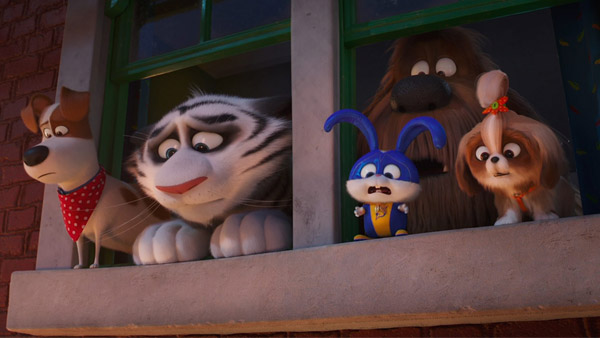 The secret life of pets gets a lot less secret with "The Secret Life of Pets 2," the sequel to the original animated blockbuster about adorable critters with personalities and adventures that would surprise the heck out of their owners. The sequel stars Patton Oswalt (taking over for Louis C.K.), Kevin Hart, Jenny Slate, Tiffany Haddish, Lake Bell, Dana Carvey and Harrison Ford as critters with adventures like trips to the farm, losing an important chew toy, and rescuing a white tiger from an abusive circus.

In his review of "The Secret Life of Pets 2" at IGN, William Bibbiani calls the film "a mediocre retread of the original, with a few good gags but very little reason to exist, aside from temporarily distracting children and putting their parents to sleep."