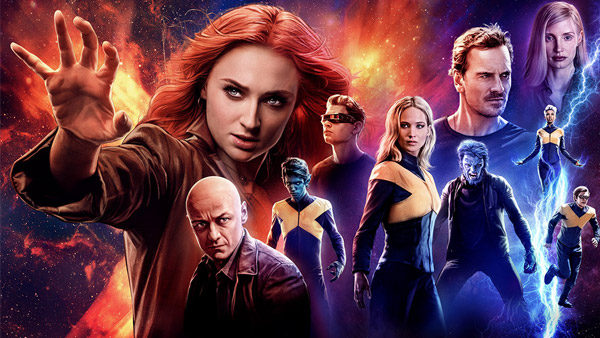 The X-Men are back for one last adventure in "Dark Phoenix," the final film in the main X-Men franchise before Disney takes over. Sophie Turner ("Game of Thrones") takes the spotlight for a retelling of "The Dark Phoenix Saga," a classic comic book storyline about Jean Grey going mad with power, that was previously adapted in "X-Men: The Last Stand." James McAvoy, Michael Fassbender and Jessica Chastain co-star.

In his review of "Dark Phoenix" at The Wrap, film critic William Bibbiani praises the action sequences but says the new film "makes the same old mistakes" as the "X-Men: The Last Stand," the first attempt to adapt the saga to the big screen, calling the new version "one-sided, paranoid and sexist."