The Two-Shot: Virtuosity and Enchanted! 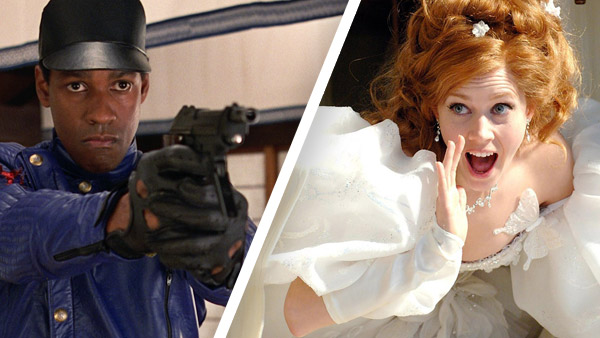 In the 1990s, when cyborg Denzel Washington wasn’t fighting white supremacists in a futuristic prison, he was hunting virtual reality serial killers in nanotech bodies that looked just like Russell Crowe. That’s the premise of the supremely weird VIRTUOSITY, a cyber thriller about artificial intelligence and Russell Crowe eating glass.

And somehow, it’s the perfect double feature with ENCHANTED, a modern Disney classic about an animated princess who gets trapped in the cynical, real world! See where we’re going with this?

Join film critics William Bibbiani and Witney Seibold as they show you the place where good taste and bad taste collide, every week on THE TWO-SHOT!


Top Photos: Paramount / Disney
Posted by William Bibbiani at 10:41 AM