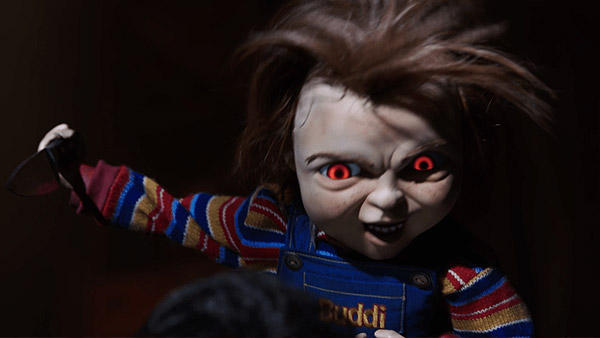 The killer doll franchise gets an update in Lars Klevberg's "Child's Play," a remake of the 1988 horror classic about a boy whose best friend, a toy, turns out to be a serial killer. Aubrey Plaza, Brian Tyree Henry and Gabriel Bateman co-star in the new version, in which Chucky is a high-tech luxury item that can also control other household objects and use them to commit murder.

In his review of "Child's Play" at Bloody-Disgusting, William Bibbiani says the film is "fast-paced, gory, inventive" but held back by its awkward attempts to harken back to, whilst differentiating itself from, the original film.


Top Photo: United Artists
Posted by William Bibbiani at 10:02 AM